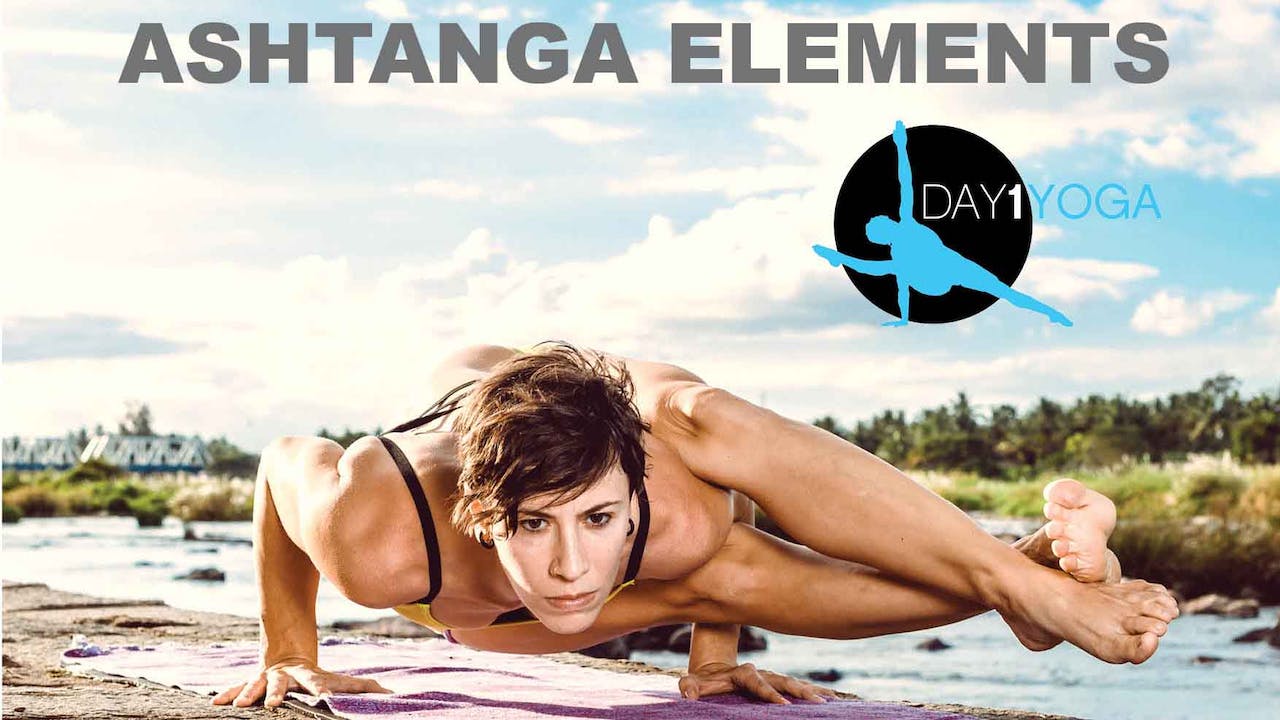 This masterful bundle of tips, exercises, and how-to's culminates in this 3 Part Series that dissects the areas of the Ashtanga Yoga Practice: Surya Namaskara, Jumping, Asanas. These vignettes can serve as a tool for growing, developing, and understanding a strong foundation to a physical and daily practice.

The Surya namaskar is a series of movements that are synchronized with controlled breathing.
Inhalations typically are done with upward movements or spinal extension
exhalations are typically done with downward movements or spinal flexion.
Thus you find yourself moving up and down according to your breath
Surya namaskara A is made up of 9 vinyasas.
Surya namaskara B is made up of 17 vinyasas
Beginning and ending in samasthi, the even nuetral stance.
Traditionally vinyasas are counted in Sanskrit.

The Ashtanga practice is comprised of asanas or postures that are linked through a series of movements called vinyasa. The main repetitive movements are jumps that both require and build strength.
The movements between seated postures are especially challenging because they ask that we are able to hold our body weight in our arms alone.
In order to build a strong and secure foundation, it is vital that you understand some basic shoulder movements in order to support the weight of your body.
The shoulder is a complex structure; with 6 possible directions of movement the originates in the scapula. In order to dissect it's functions, we will look at 4 of those directions.

First there is elevation, which pulls the shoulders up towards the ears. This movement is done by engaging the trapezeus muscle. This is a relatively easy muscle to engage, in fact it often engages without conscious direction.

Then there is shoulder depression. This movement is done by engaging the latissimus dorsi muscle and moves the shoulders down the back in the direction of the hips.
This is a more elusive movement than shoulder elevation.
If you have a hard time finding the latissimus muscle sit cross legged and place your hand under your thigh, and then act as though you could touch the ground with your elbow. Try to feel the upper side fibers of this muscle engage by placing your opposite hand under your arm, if necessary.

For all of the following exercises, we will constantly look to engage the latissimus muscle, which provide strength and stability in the whole trunk of the body.

The first two movements are done on a vertical plane, up and down.

The following two movements are done on a horizontal plane, forward and backward.

To move your shoulders back, the scapula will move medially together towards the spine, engaging the rhomboids. This is called adduction or retraction.
This movement is done in the chaturanga posture or the 4th vinyasa in surya namaskara.
This movement is often associated with a push up, where the chest remains engaged, but in this particular instance, we are going for a full extension or expansion of the chest, which means the back muscles that lie between the scapula and the spine must contract. For the purpose of these exercises and to train the rhomboids to fire properly, all chaturangas will release until the chest touches the ground.

The final movement, is a forward direction which is scapular protraction or abduction. This means that the shoulders move apart or laterally away from the spine. This can be done by engaging the chest muscles, specifically the pectoral minor muscles. We will work to feel shoulder blade protraction and pectoral contraction in downward dog and every time you are solely weight bearing in your arms.

This means that jumping backwards, in order to land in a proper open chest chaturanga the scapular position will change from protraction as you hold your body weight in order to jump back and retraction as you land or in a way "fall" to an open chest chaturanga position.
If that is not natural or comfortable for you, or if you have been engaging your chest to keep your chaturanga "away" from the ground, I recommend you join me,for all intensive purposes, in landing all the way to the ground to begin to train the rhomboids to fire instead of the pectorals.

The asanas are the postures that are the specific and considerably difficult pauses throughout this moving and breathing practice we call Ashtanga Vinyasa Yoga. These postures require increasing amounts of flexibility and intelligence as getting in and out of them typically becomes more as the series progresses.
Here is a sample of some of the more elusive postures in the primary and intermediate series of Ashtanga, with some illustrative examples of ways to achieve the movements over a period of time.

Day Christensen is a Level II Authorized Teacher from the K. Patthabi Jois Ashtanga Yoga Institute (KPJAYI) in Mysore, India. Day began her yoga practice in 2004 after receiving her BFA from the University of Illinois at Chicago. During her college years as a fine arts major, a lifelong interest in yogic philosophy began to surface. She incorporated the study of yoga with her academic pursuits. Through the reading of sacred and historical texts proved to be interesting, it was lacking one major aspect: experience. With many signs pointing her in the direction of yoga, she took up the practice and began to gain the experience she was missing from study alone.

Asana required a different type of strength and mobility that she had not bargained for as a former athlete. Despite the frustration and challenges she often met on the beginning path of yoga, she continued and found a renewed sense of vitality and clarity.

About Day:
Today Day is an enthusiastic student of Ashtanga Yoga, practicing in lineage of Sri K. Pattabhi Jois, having completed the Intermediate series and learning the Third series under R. Sharath Jois’s guidance.

Day’s teachings are born from her own disciplined and dedicated practice. She encourages students to challenge themselves physically, while, at the same time, be easy mentally. She is thrilled to share what she has learned with students in Miami and around the world.